KNTECH IP network voice broadcasting system is a pure digital audio sound reinforcement system based on an IP data network platform. The audio signal is digitally encoded and transmitted in the form of data packets on the LAN or WAN according to the TCP/IP protocol, and then decoded by the IP network terminal. It completely solves the short transmission distance, poor sound quality, and complicated management and maintenance of traditional broadcasting systems. The problem of poor interactivity clearly reflects the advanced nature and superiority of its technology. The IP broadcast terminal is designed with embedded computer technology and DSP audio processing technology, free from network viruses. Ensure that the system works uninterruptedly and safely throughout the day. The IP network voice broadcast system can be single-channel, multi- channel, one-way or two-way transmission; the audio transmission distance of the IP network voice broadcast system can be extended infinitely, and it can run on the local area network and the Internet.

With its powerful functions, the system is used in the government, the army, the Department of Public Prosecutions and Laws, the armed police (fire alarm), railway (subway) highway transportation, hydropower, oilfields and mines, iron and steel metallurgy, energy, metallurgy and petrochemical, nuclear power, marine engineering, shipbuilding, mine roads and bridges, Internal communications and broadcasting of military government and enterprises, schools, hospitals, banks, country parks, hotels and other corporate places. 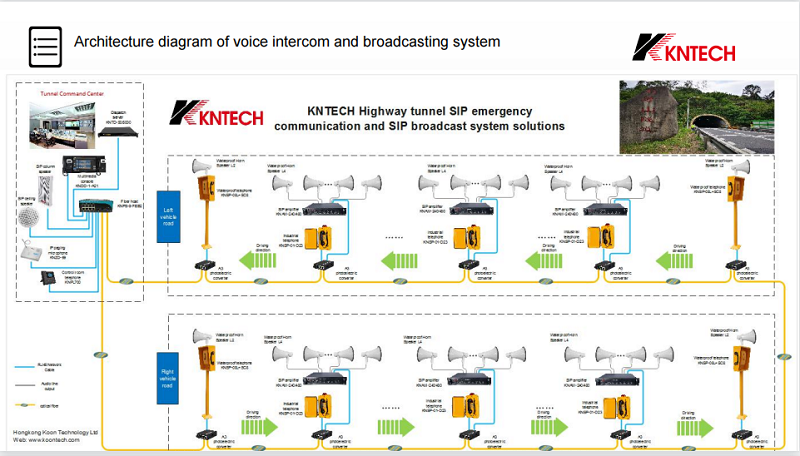 10 advantages of KNTECH Broadcasting System
1.The broadcast sound quality is not good?
Does not exist The whdle process of digitalzation provides high-fdefity sound qualt tadopts a CD-like quality data file format, which is completelyconsistent with the computer output.
2.The construction site is hundreds of miles away, how to achieve broadcasting?
Does not exist. As long as it is operated remotely via the network, it can be broadcast.It can truly realie remote broadcasting in different cties
3.Restricted broadcast content?
Does not exist.The custom-made content in MP3 and WAV formats can be uploaded and played arbitrarily.
4.The broadcast time is too short and still need to be hand-selected?
Doesn't exist, 8 hours a round of custom multi-round loop playback.You can make an appointment for scheduled broadcast.
5.60 members of the broadcast group are too few?
Does not exist.One of our broadcast groups has increased to 250 members.
6.The broadcast group can only be divided into seven or eight groups, too few?
Does not exist. Our broadcast group can be increased to 30 groups, which has exceeded the grouping limit ofallpeers in the current market
7.Members in the broadcast system cannot be placed in two groups at the same time. ls this too inconvenientfor us to use?
Does not exist. Our broadcast group members can be placed in mulipte oiferent groups.For example, group A group B,goup B, can be plaoed i group C wiethy ae nthe group, and other groups can also be placed.
8. If you don't do it in the future, are other products compatible?
Does not exist. Ours is the intemnational standard SIP2.0 prolocol, compatitle with Huawei and oter standard protoo poduts.,And we lways take product qullt s teprimary prerequisite, so we will definitely live up to your expectations and stick to it.
9.In the tunnel, the car is cleaned once a week, and the phone is flooded with water and needs to be repaired?
Does not exist. lP67 waterproof grade,reasonable walerpof apearnce desig itwlnotbe water ingress ater being sorayerd forawholeyea sei is omplereyreeved
10.When there is a car passing by in the tunnel, the personnel in the controlroom cantrelly hear what the elp-seeking personel in the tunnel say?
Does not exist Although the environmental echo ghenomenon in the tunmel is extrem ly heavy, our phone has nt-elecromagnetic itererence and elminstes cackrgoundnoise, which is fully capable of withstanding the test of this harsh environment.So please rest assured to use. 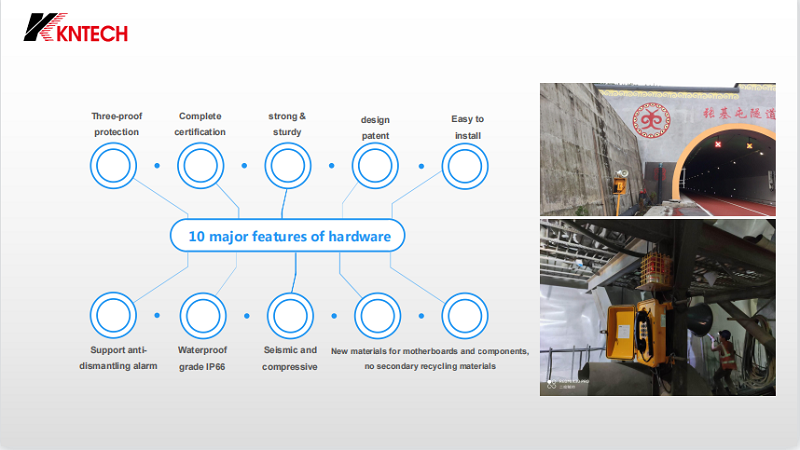