The broadcasting system is abbreviated as DMB, which is the English abbreviation of Digital Multimedia Broadcasting, and is a new concept multimedia mobile broadcasting service integrating communication and broadcasting.And is called the 3rd generation radio broadcast. In addition to supporting traditional audio broadcasting, this technology can also transmit traffic information and news and other multimedia information to mobile phones through MPEG-4, H.264, MPEG-2, AAC+ and other methods. High-quality sound quality and diversified data services. Moreover, it adopts CDM (Code Division Multipleplexing) technology consistent with mobile phones, which is particularly suitable for mobile receiving environments, and can better cope with the problem of multipath interference with degraded signal quality in mobile receiving environments.

DMB refers to the digitized audio signal and various data service signals, which are subjected to various encoding, modulation, and transmission processes in the digital state. Because the digital signal is processed in various processes, there are only "1" and "0" In the two states, the characteristics of the transmission medium, including noise, nonlinear distortion, etc., cannot change the quality of the digital signal. At the same time, various numerical operations and various logical coding operations can be conveniently performed due to the unique advantages of digital technology. Therefore, after the introduction or replacement of the existing simulation system, the technical operation environment of the existing system is greatly changed, and the overall technical performance index of the system is improved to meet the operational quality and requirements that cannot be achieved by the existing simulation technology. 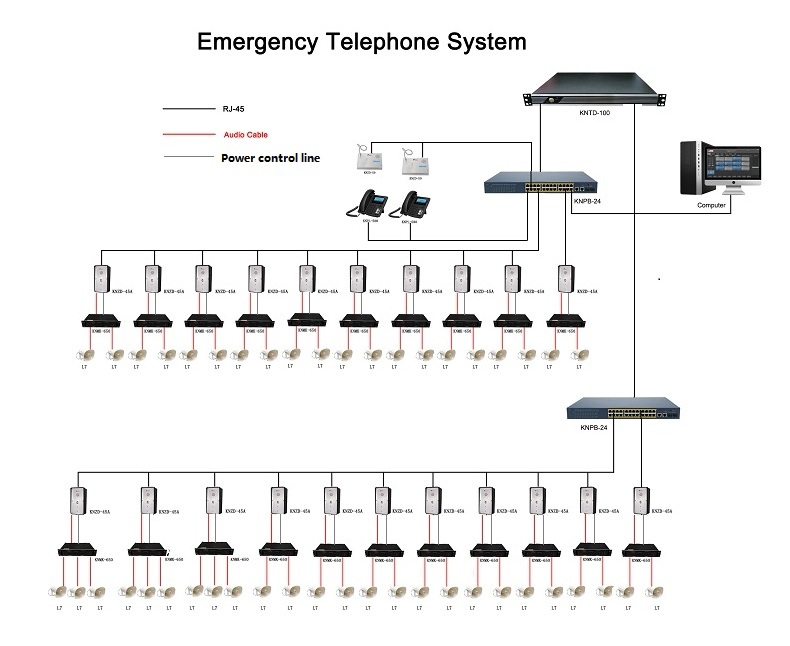 Compared with the existing analog broadcasting system, due to the high reliability of the digital signal itself, whether it is in the processing or transmission of the audio signal, the sound quality is unchanged, and the quality of the studio can be maintained, so it is relatively For FM, it has hundreds or even hundreds of times improvement in several main audio indicators, that is, it can reach the "CD" quality that people often call.

Also due to the high reliability of digital signal transmission and high anti-interference ability, the receiver sensitivity can be made higher, so that in the case of achieving the same broadcast coverage requirements as existing FM, its requirements for transmission power are much lower. From the perspective of our broadcasting technology, its six sets of high-quality audio programs share 1KW of power transmission, which is close to the coverage of a set of FM broadcasts that use only 10KW. It can be seen that the power efficiency of DAB is hundreds of times better than that of FM.

The substantial increase in power efficiency not only means energy saving, but also a very important point is that the cost of DMB construction is greatly reduced. The reason is that the DMB single channel can transmit up to six sets of high-power DMB programs. The power level requirements are very low. Therefore, compared to transmitting six sets of high-power FM programs separately, the area of the computer room occupied on the one hand is several times smaller, on the other hand The capacity of auxiliary power systems such as power supply and distribution, voltage stabilization, and air conditioning is also a hundred times smaller. At the same time, it is much simpler to invest in a larger antenna feeder system. In particular, the cost of building a new station is reduced, and the construction period is also much shorter. It is extremely beneficial to promote the use of DMB in a large area.

As mentioned above, digital modulation technology has very high spectral efficiency. Although QPSK modulation is used for DMB to solve the problem of mobile reception, the spectral efficiency is 2bit/Hz.s, which is different in the 1.5MHz radio frequency channel. Transmit 6 sets of high-quality audio programs, so that in the 8MHz bandwidth of a TV channel, taking into account the protection interval of each channel, you can conveniently arrange four DMB channels, you can arrange 24 sets of programs, and then broadcast at the same time The number of programs is much larger. This is of course unimaginable under the current simulation system.

In addition, there is also an important feature that can easily form a single frequency network. Using this technology can achieve large-area coverage of the same content, even across the province and the whole country, which in fact also greatly saves frequency resources. , Improve the frequency re-utilization rate, so comprehensively considered, the spectrum efficiency will be more prominent.

In addition to the above, DMB has the characteristics of anti-multipath interference, fast fading, strong mobile reception capability, and high data transmission capability.

IP data broadcasting technology allows us to broadcast digital programs such as television to mobile handheld receivers. This technology is based on the fusion of the DVB-H standard and IP technology, which has penetrated into daily life through Web technology. IP data broadcasting is very suitable for the dissemination and reception of mobile content, and the DVB organization is formulating the DVB-H standard that forms its foundation.
In IP data broadcasting, all content is sent in the form of IP data packets-this is also the form used to send digital content on the Internet. The added benefit of this is that all IP-based digital content is suitable for both digital broadcasting and traditional TV programs. Therefore, consumers can experience a better combination of broadcast and multimedia programs with their mobile phone handheld terminals.
Although in essence IP data broadcasting introduces TV into the mobile environment, the resulting mobile TV is different from traditional digital TV because the latter is designed for use in homes and cars.
The mobile environment requires different systems to support handheld receivers because these devices do not have external antennas, large screens, or continuous power supplies. Saving the power consumption of the receiver is achieved through the "time slicing" technology supported by DVB-H. In order to extend the battery life of mobile devices, DVB-H receives programs in high-speed bursts, and then buffers and plays them for a long time. In the interval of sudden death transmission, the receiver can be turned off, which can greatly save energy consumption.
Another technical advantage is that IP data broadcasting can easily adapt to the smaller screens of handheld terminals. To transmit high-quality video content on this smaller screen, each set of TV programs only needs 128-384 kbps per channel. This improves broadcasting efficiency and enables 30 to 80 TV programs to be transmitted on the same network. Traditional digital TV broadcasting is configured to use a large screen, using 3 to 5 Mbps wide bit stream to transmit 3 to 5 sets of programs on a similar network.
The newly designed IP data broadcasting network will support indoor coverage equipment with small built-in antennas. This is a clear difference from traditional TV broadcast networks that use rooftops or other external antennas in the receiver. The indoor coverage of the mobile TV network is very important because its business applications are very similar to the cellular phone business that is also carried out in buildings or on moving vehicles.
Mobile IP data broadcasting technology provides an interactive reverse channel. Broadcast programs are sent through the broadcast channel, and possible interactive operations such as purchasing programs, voting or viewing additional information online are completed through the reverse channel of the cellular network. Broadcasting and cellular networks complement each other and can provide consumers with a variety of new programs and services.

Outdoor broadcasting systems are mainly used in stadiums, stations, parks, art squares, musical fountains, etc. It is characterized by a large service area and wide space. The background noise is large; the sound propagation is mainly direct sound; the required sound pressure level is high. If there are reflective objects such as high-rise buildings around, the speaker layout is unreasonable, and the sound wave is reflected multiple times to form a delay of more than 50ms, which will cause Double sound or multiple sound, in severe cases, echo and other problems will occur, which affects the sound image localization of the sound. The acoustics of outdoor systems are also affected by weather conditions, wind direction and environmental interference.

The indoor broadcasting system is the most widely used system, including various theaters, stadiums, dance halls, etc. It is highly professional. It can be used for non-verbal sound reinforcement and various theatrical performances. It has high requirements for sound quality. The system design must consider not only electro-acoustic technology issues, but also architectural acoustics issues. Factors such as the shape of the room have a greater impact on the sound quality.