Loudspeaker Horn
Loudspeaker horns are suitable for long-distance transmission and are generally used in a complete broadcast system. The speaker is also called a "horn". It is a very commonly used electro-acoustic transducer, and it can be seen in sounding Electrical and electronic equipment.
English name: Loudspeakers

The loudspeaker horn is a kind of energy conversion device that converts electrical signals into acoustic signals. The performance of the loudspeaker has a great impact on the sound quality. The speaker is the weakest component in audio equipment, and it is also the most important component for sound effects. There are many types of speakers, and prices vary widely. Audio power generates sound by electromagnetic, piezoelectric, or electrostatic effects that cause its cone or diaphragm to vibrate and resonate (resonate) with the surrounding air.
Our most common electric cone cone speaker. Electric cone speakers are often called paper cone speakers in the past. Although the cone is still dominated by paper cones in 2014, many polymer material diaphragms and metal diaphragms have appeared at the same time. They are called by cone speakers. Actually. The cone cone cone speaker consists of three main parts: a magnetic circuit system (permanent magnet, stem, magnetically conductive plate), a vibration system (paper cone, voice coil), and a support system (centering support, basin frame, cushion) Partial composition.
1. Voice coil: The voice coil is the drive unit of the cone cone cone speaker. It is wound around the paper tube in two layers with very thin copper wires. Generally, there are dozens of turns, also called coils, placed on the magnetic core. In the magnetic gap formed by the column and the magnetically permeable plate. The voice coil and paper cone are fixed together. After the sound current signal passes through the voice coil, the voice coil vibration drives the paper cone to vibrate.
2. Paper cones: There are many types of materials used for the cone diaphragm of cone cone speakers. Generally there are two types of natural fiber and artificial fiber. Natural fibers are often cotton, wood, wool, silk, etc., while artificial fibers are rayon, nylon, glass fiber, etc. Since the paper cone is the sound radiation device of the speaker, it determines the sound reproduction performance of the speaker to a large extent. Therefore, no matter which paper cone is required to be lightweight and rigid, it must not be deformed due to changes in ambient temperature and humidity .
3. Folding ring: The folding ring is set to ensure that the paper basin moves along the axial direction of the speaker and restricts the lateral movement. At the same time, it plays a role in blocking the empty circulation of the paper basin. The material of the folding ring is made of plastic, natural rubber, etc. in addition to the materials commonly used in paper pots, and is bonded to the paper pots by hot pressing.
4. Centering support piece: The centering support piece is used to support the joint of the voice coil and the paper cone to ensure that it is vertical and not skewed. There are many concentric rings on the centering support, which allows the voice coil to move freely up and down in the magnetic gap without lateral movement, and ensures that the voice coil does not collide with the magnetically conductive plate. The dust cover on the centering support is to prevent external magnetic particles from falling into the magnetic gap, to avoid friction between the dust and the voice coil, and cause abnormal sound to the speaker. 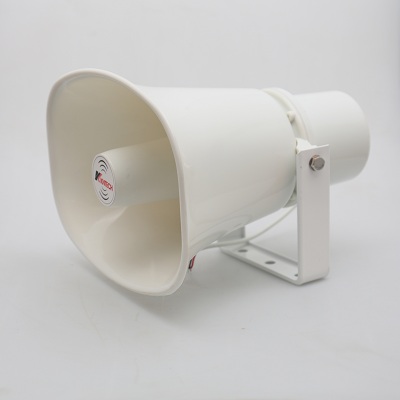